Moneybrain BiPS: bringing investment opportunities to consumers around the world 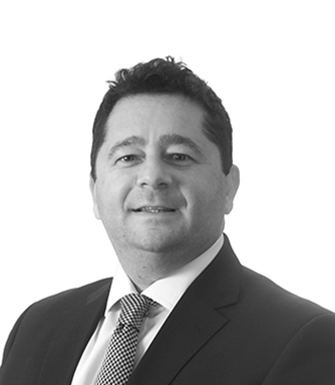 Investment is no longer the reserve of big banks. In recent years, the likes of peer-to-peer lending and micro-investment platforms have created an increasingly ‘democratised’ investment landscape – one that Lee Birkett, Founder and CEO of online broker Moneybrain, is committed to helping thrive.

The Macclesfield-born entrepreneur has been in business since the age of 18 when he became the UK’s youngest financial adviser. In 2000, Birkett founded Moneybrain.com, a platform combining technology with human expertise to offer an online intelligence resource. The site helps users choose financial products by comparing the likes of mortgages, loans and investment options. Following the success of this more democratic, consumer-focused platform, Birkett launched JustUs.co in 2013 – a peer-to-peer lending platform matching borrowers with savers who can invest as little as £10 in the form of a micro loan. JustUs was launched with the help over over 500 investors through Crowdcube, the platform which brought UK FinTech unicorn Monzo and so many others to the fore.

Earlier this year, a rule change by the FCA categorised peer-to-peer lenders under home finance rules, giving consumers the same level of protection they would have from conventionally mortgage providers. Subsequently, JustUs is developing its own residential owner-occupied mortgage products. This segment of the lending market is described by Birkett as the biggest in the world, and he says the rule change has put the power of mortgages back into the hands of the people.

For Birkett, both Moneybrain and JustUs reflect a career-long commitment to building an open, fairer financial system.

“The current global banking model is broken,” comments Birkett. “Fractional reserve debt currency makes global economies inequitable and fragile. With a full reserve digital currency – that is, no debt – the world can be a more stable and equitable economy.”

This leads us to BiPS – Moneybrain’s new blockchain-based digital token. “This is the first regulated issuer of a digital currency in the world, with real world credible systems and controls, ratified in British Law and to FCA gold plated standards,” says Birkett. Such a digital token means transfer of value is enabled globally, bypassing central banks. It’s also cheaper and, thanks to cryptography, more secure than traditional money transfers.

Birkett also has plans to expand the JustUs platform throughout Europe, having taken part in a Department of International Trade mission to Amsterdam earlier in the year. The BiPS platform was developed, in part, to help JustUs go global – and indeed, through the BiPS token anyone with a mobile phone can use the platform, thereby gaining exposure to UK secured loan assets.

Ultimately, Birkett believes FinTech can be “the liberator of global financial oppression” and hopes the UK will become “the most trusted global FinTech hub and the place the world’s leading engineers what to develop their skills”. Over the past 20 years, his role in achieving this ambition has developed from educating the consumer to make autonomous, informed decisions with Moneybrain, to opening up lending and micro-investment to almost anyone in the UK through JustUs – and now offering this opportunity to anyone in the world with a mobile phone through BiPS. As investment goes global, it’s fast becoming possible for the unbanked and underbanked to bypass the barriers set by larger financial organisations altogether.

BiPS is part of the FinTech Alliance - find out more on the company's Community Hub page.